The city of Courtenay could be split up into 4 quadrants and a central city area: north, south, east, west and central area. This community has settlement along the river for the last 4000 years. Courtenay has mild winters and can experience snow but is classified as a marine west coast oceanic climate.

Courtenay has many heritage buildings, some predating the 1900's. Many of these buildings have been given Heritage Status, which may be bestowed on buildings or areas that have special architectural or historical significance. These are Native Sons Hall, Courtenay Train Station, Billy Booth House, Creech House and Scoop Johnson House.

Natural resource extraction were the initial industries of the Comox Valley but have given away to supplying services to the military at CFB Comox and the increasing population of retirees. Tourism is now a vital part of the economy. The retail industry has also grown. There is also a fantastic arts and culture community, with festivals like Fiddlefest or the North Island Festival of Performing Arts. A new hospital, great rec center and pool and wonderful parks have been added to Courtenay’s amenities.

Amenities include major shopping areas, great views of the glacier and Beaufort range, access to the river and ocean.

Statistics are estimated from current and past MLS® sales data and do not take into consider off-market listings and sales. Data is deemed reliable but cannot guarantee accuracy. Please inquire with our team to verify and acquire further information.

Photos of the Area 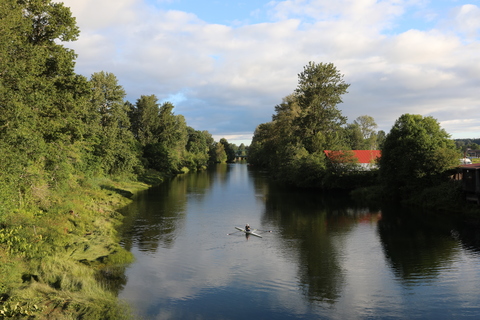